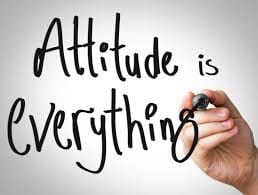 Nowadays there’s an attitude when we make decisions to make them for ourselves and we disregard
how our decisions will affect others whether directly or indirectly. Do you ever think about how the
decision your about to make will impact the peoples live around you in a negatively or positively way?
because the decisions you make obviously have an impact on you but also impacts others in your life
just about every time you make decisions whether that’s a small or large impact it effects someone else,
it’s impossible to avoid having your decisions not affect others.

The decisions you make can affect people you may not know or have never even met, A lot of times
people look up to others as a role models. That role model could be you, because that person looks up
to you and wants to be just like you, they could start copying the decisions you’re making like listening
to the music you ‘re listening to, wearing the cloths you’re wearing or even partying like you do on the
weekends. If the decisions they are making are the same ones your making and they are negative then
their life can be effected negatively leading to a poor quality of life but. if your making positive
decisions, then their quality of life can become more positive. Ultimately the decisions your making in
this case are determining the life that person who looks up to you lives.

For example, let say there is a freshman in high school that looks up to a senior in his/her school, he or
she thinks that senior is the coolest and wants to be just like them they would do whatever they had to,
to be like them. One day they find out that senior likes to party on the weekends they like to drink and
smoke. So, to be just like that senior , to try to fit in with them he/she starts drinking and smoking which
eventually gets out of control leading to that person dropping out of school and suffering from
addiction. The whole reason why he/she stated making these decisions was because someone they
looked up to was making the same decisions. They never wanted this to happen or thought it would
happen they just wanted to be more like their role model. But what if their role model was making
healthy decisions? like taking care of their body eating healthy, exercising and not drinking or using
drugs? They would make healthier decisions and live a healthier and fulfilling life. All because of the
decisions their role model made.You may not think it but I bet you have had or have people who look up
to you and want to be just loke you. This is an example of how our decisions can effect other indirectly.
What about decisions that affect other directly?

You and a friend are coming home from a party at your friends house where you had been drinking and
you have decided that’s its ok to drive after you have been drinking. On the highway you are speeding
and crash into another car. Totaling your and the other persons car. Your friend has been severely hurt
along with a passenger in the other car and they are rushed to the hospital. In this case your decisions to
drive after you had been drinking has affected not only your friend directly but also the passenger in the
other car . If you made the decision to take an Uber instead of getting behind the wheel after you had
drunk then most likely the outcome of the night would have been much different with your friend and
the passenger in the other car not being rushed to the hospital.

It’s very important to become conscious of the decisions you make. As you are now aware after reading
this if you didn’t realize before your decisions are affecting others you may or may not know. before you
make decisions you should take a step back and ask yourself how is this decision going to affect others?.
This could be the difference in that person living a positive or a negative life who’s life is effected by the
decision you Make.